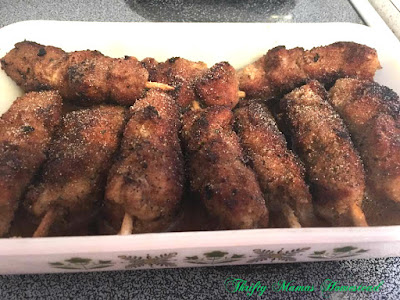 This dish is popular in cities throughout the Eastern Great Lakes region of Ohio and Michigan as well as Northeastern Appalachian regions in Pennsylvania and upstate New York. It is most common in metropolitan areas of Pittsburgh, Scranton, Harrisburg, Cincinnati, Cleveland, Erie, Detroit as well as a few others.

Pork is typically the meat used and depending on you location could be the variation of how this dish is prepared. While we in the Pittsburgh are would most likely to bread the meat and then bake, while in Birmingham the meat may be marinated, battered then deep fried. The grocery stores in my area sell the wooden screwers with the pork cubes and package it as "City Chicken" while others include pork, veal and beef in the package. I have in fact had them with pork and veal, can you say awesome! This is my favorite meal and is very simple to prepare. 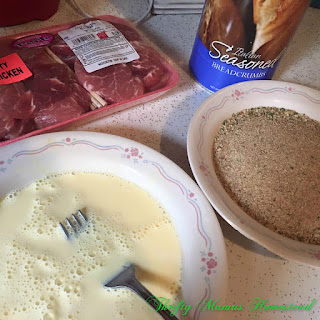 Heat oven to 325 degrees.
Beat egg with milk.
Thread meat onto the screwers.
Dip the meat sticks in first the egg mixture and then the bread crumbs. (make sure to pat crumbs into meat) and lay aside. 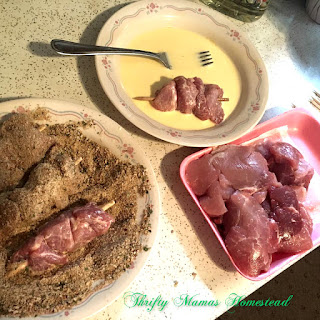 Heat shortening in a frying pan, and then you will want to brown the meat evenly in the pan. 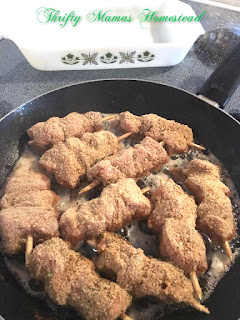 Place meat pieces into a 9x13 baking dish pour about 1/2 cup water over meat and cover tightly with aluminium foil. Bake slowly for at least 1 hour then remove cover and bake at 350 for approximately 20 minutes or so until nice and brown. 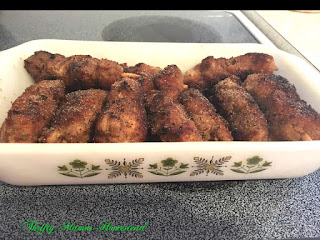 A must with mashed potatoes and corn...yum, YUM!

Have you had this before? If not give it a try I promise you will NOT be disappointed.

I have received this product for my review from Smiley360, all opinions expressed are my own.

I have very dry hands as I am continuously washing them throughout the day factored with the Western Pennsylvania winters, they tend to get very dehydrated. 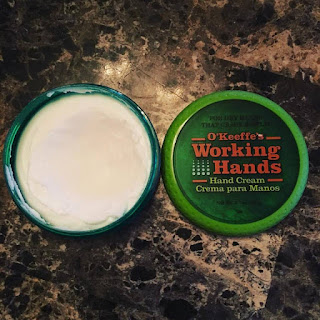 O'Keeffe's Working Hand Cream is a great product for your hands as well as elbow and heel areas. It has no odor whatsoever. It rubs in very quickly and leaves no greasy feeling. There is no slippery feeling and you can resume what you were doing immediately. Only a little bit is required to effectively hydrate your hands.

I noticed results within just a few days after beginning use. If you have dry and/or cracked hands I would highly recommend this cream for you. 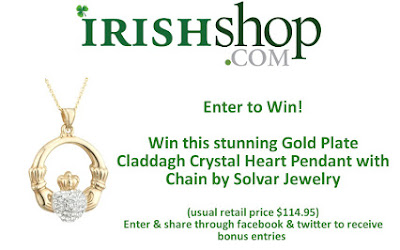 Posted by Cathy Thompson at 10:53 AM No comments:

Posted by Cathy Thompson at 8:12 AM No comments:

Barber Foods® creator of the Original Frozen Stuffed Chicken Breast, is celebrating its 60th Anniversary, and now the best is even better. Save on Barber Foods® today and Print this $1 Off coupon to redeem at your local grocery store.

We actually really enjoy the Chicken Cordon Bleu it is very tasty, get your coupon and have a try today!


Posted by Cathy Thompson at 2:33 AM No comments: 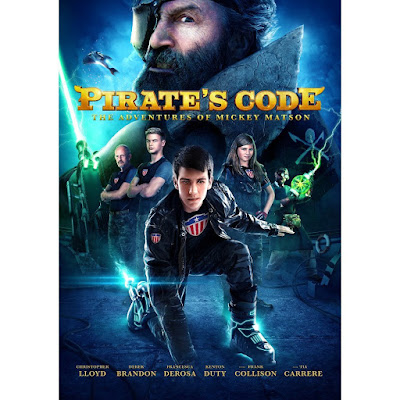 Disclosure: I was given this movie thanks to Flyby Promotions for my review purposes. All opinions are my own.

In this follow up to Mickey Matson and the Copperhead Treasure, Mickey Matson is at it again; this time pitted against the evil Admiral Ironsides and his gang of pirates who are intent on destroying civilization.  They’re new invetnion, the Tesla Coil, is a weapon of mass destruction that will send an electromagnetic pulse throughout the world, destroying every electronic device in existence.  With the help of a secret organization, Mickey and his best friend Sully embark on a mission to stop the pirates from taking over a submarine and stealing the last part needed to complete their devastating weapon.  If Admiral Ironsides succeeds in his plan, civilization will be sent back to the Stone Age.  It’s a race against time, and the fate of the world hangs in the balance.

Our Thoughts:
Sounds like a great action packed movie, even the cover looks action packed. And let me say it really was, even my grandson enjoyed watching the movie. It is very mice when you are able to watch a movie with the entire family and everyone enjoys it. this is a movie both boys and girls alike can enjoy. Even great for the young and old also. Let me say that even if you have not yet watched the first movie from Mickey Matson "Copperhead Treasure", you can watch this one and not feel left behind. This is a moive that can be watched time and time again.

You can watch the trailer:

You can enter to win a copy for yourself here: 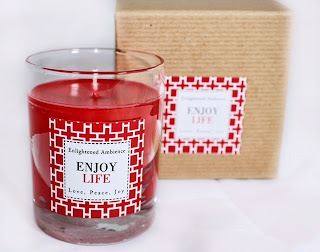 Product Description:
This is a 7 oz candle in a glass container and it’s poured in a warm, bright red color. It has a green tea fragrance. Tea Party is an energizing fragrance with a stimulating blend of crisp, cool aromatic bouquet and a variety of uplifting notes that include herbal green tea with faint back notes of clean, fresh citrus. Candles can create a mood and set the stage for any event, and ours are long burning (20-30 hours) and ideal for making a room feel comfortable and cozy. They burn evenly for rooms filled with fragrance due to the highly scented wax. These candles are made in the U.S.A.. Hand poured and formed around a cotton wick.  A portion of each sale goes to help disabled children through E.D.D. We recognize that fragrance preference is very personal, so for this reason we offer a 100% money back guarantee with no hassles - we have many fragrances and we want to be your Amazon candle supplier. See our other items for bulk votive candles. Invigorate your home or office with the relaxing aroma of green tea and citrus.

Give The Gift Of Aromatherapy With This Luxury Highly Scented Candle In Energizing Tea Party Aroma! The best scented candles set a background stage for a mood you want to create, and this luxury scented candle is full of possibilities and a great gift for under twenty dollars. In fact, it’s the perfect gift for:
RomanceHealingYour hostessMomMen too - if you are looking for a man-scented candle this scent is clean and crisp and suitable for a man giftHouse warmingAdult birthdayAny holiday  occasionCorporate business gift

My thoughts:
We enjoyed this candle, the smell was great and it was long lasting. The packaging is perfect for many occasions, a very simple but yet sturdy kraft type box. the candle burns clean without smoke. the glass never cracked while burning, and the smell was wonderful!

We really enjoy candles, do you burn candles in your home?

Disclaimer: I received this product in exchange for my review purposes, and my honest 100% unbiased thoughts and opinions based on my experience using this product. I am disclosing this in accordance to the Federal Trade Commission's 16CFR, Part 255 Guide Concerning the Use of Endorsement and Testimonials in Advertising.

Posted by Cathy Thompson at 1:19 PM No comments:

Promote Your Page Too